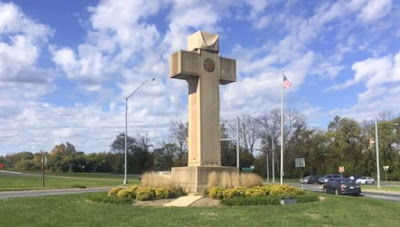 Indianapolis, IN - July 9, 2019 - (God Inspires News) -- The American Legion celebrating the 4th of July this year with what they dubbed as "A perfect affirmation for Independence Day" is how American Legion National Commander Brett P. Reistad summed up the news that VA would be more welcoming of religious literature, symbols and displays at all of its facilities.

"This is a direct result of our recent Supreme Court victory in The American Legion v. American Humanist Association," Reistad said. "That case involved far more than a cross in Bladensburg, Md. It involved the cherished right for people to exercise their faith without government overbearance. VA promises that it will continue to respect and tolerate differing views, but at the same time the department makes clear that religious liberty at VA is once again protected. We welcome the announcement by VA Secretary Robert Wilkie for bringing needed clarity on this issue. Some groups may not approve but the Supreme Court spoke loudly with a 7-2 favorable ruling."

With a current membership of nearly two million wartime veterans, The American Legion was founded in 1919 on the four pillars of a strong national security, veterans affairs, patriotic youth programs and Americanism. Legionnaires work for the betterment of their communities through nearly 13,000 posts worldwide. From the drafting of the original GI Bill to the creation of the Department of Veterans Affairs, The American Legion is the most influential voice for America's veterans. The American Legion will be celebrating its centennial through Veterans Day.

Posted by Shonda Ponder at 1:25 AM

Send us your comments